Last Thursday, we had the chance to see the first Canadian show of the The Breakers Tour 2019 featuring headliners Little Big Town, alongside Midland and Ashley McBryde – and it was AWESOME!

The Breakers Tour is the fourth headlining tour by Little Big Town, in support of their eighth album, ‘The Breaker’ which was released in 2017. The highly anticipated 10-city Canadian run kicked off in on February 14, 2019 at Budweiser Gardens in London, Ontario and will conclude on March 2 in Abbotsford, British Columbia.

Grammy-nominated country newcomer, Ashley McBryde took the stage to kick things off – and she was incredible! Her raw and gritty vocals, mixed with her authentic songwriting and killer guitar licks made for an opening slot that won’t soon be forgotten! Ashley opened with “Livin’ Next To Leroy,” which is the perfect introduction to the style of music fans just can’t get enough of. The blend of harmonies on “American Scandal” gave us goose bumps, and “Girl Goin’ Nowhere” proved to be the exact opposite of the track’s title – this girl is going places! Partway through her set, Ashley paused to thank the crowd for being there, and it was this heartfelt moment that lead to thousands of fans cheering nonstop at the top of their lungs in celebration. Ashley wrapped her set with her debut tune, “A Little Dive Bar in Dahlonega” along with a few new ones that we can’t wait to hear on the radio soon!

Up next was Midland – the trio from Dripping Springs, Texas – made up of Mark Wystrach, Jess Carson and Cameron Duddy. Their traditional country style and sound caused fans to swoon as these three played a perfectly blended combination of hits and new songs. They kicked things off with the tongue-in-cheek “Check Cashin’ Country” which is a playfully real tune about the band’s authentic sound and staying true to their roots. They then launched into their hit, “Burn Out,” followed by the upbeat, “21st Century Honky Tonk American Band.” Midland switched things up a little mid-set to perform a slowed down and countrified version of the Bee Gees’ “Stayin’ Alive” – which had the crowd singing and dancing in the aisles! They also performed “Eastbound and Down,” by Jerry Reed followed by their hits “Make A Little” and “Drinkin’ Problem” to close their set.

When Little Big Town hit the stage – the entire crowd roared with excitement. They opened the show with the powerful cover, “Rocket Man,” by Elton John – but they added their own beautiful country twist. The lights, backdrop and even wind machine for this tune created an almost theatrical performance. The quartet then jumped into “Little White Church,” and “Pontoon” which had fans dancing and singing along nonstop. Partway through the show, Little Big Town stripped things down a bit, and had their band leave the stage. The four stood at the top of the stage with a few microphones and guitars to perform “living room style” for some of their earlier tunes. This part of the show as particularly moving, as the band performed a beautifully stripped down version of “Bring It On Home” and “Sober.” The quartet then moved to stage left where a piano was set up and performed a throwback to Glenn Campbell’s “Wichita Lineman” and gave everyone in Budweiser Gardens chills. During “I’m With The Band,” the backdrop played home videos of the band from their early years touring in a van. Upon the rest of the band’s return to the stage, they went on to perform their tune, “Lost in California,” before ending the show with some of their bigger hits including the 2017 CMA Awards Song of The Year, “Better Man.”

There are still eight dates left on The Breakers Tour 2019 - click here for details! 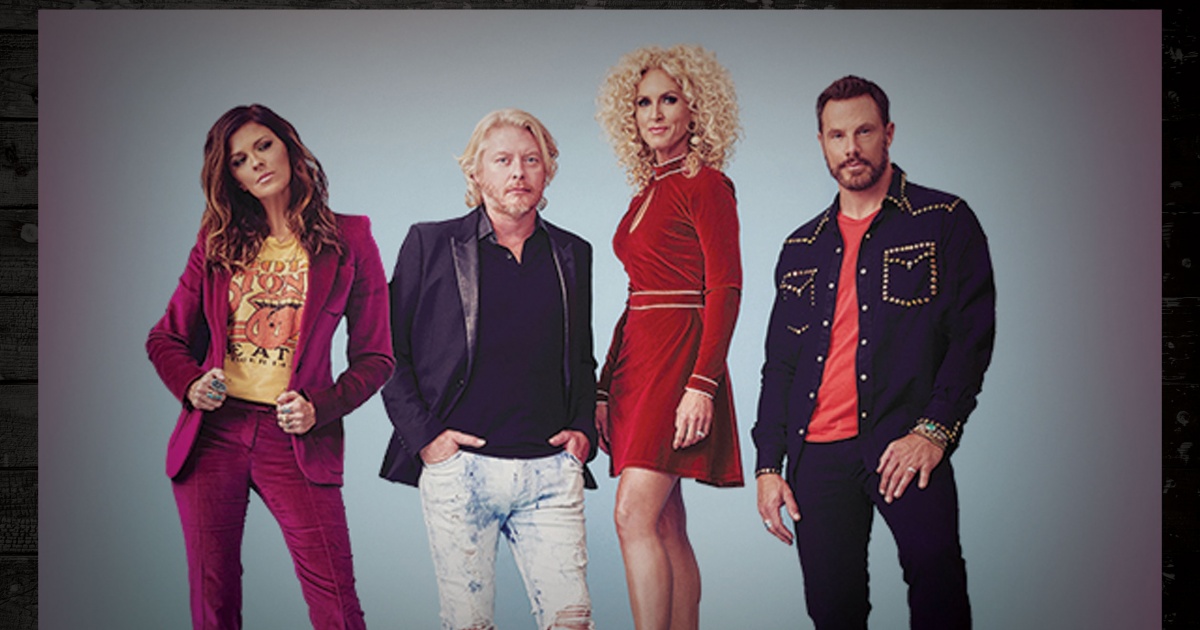