The 'Winter's A Beach' Tour Brings The Heat!

Where to begin? We attended the third date of the 2019 Winter’s a Beach Tour at Dallas Nightclub in Kitchener, Ontario – and it was INCREDIBLE! All three acts absolutely blew us away, and captivated fans from start to finish.

The night kicked off with country music newcomers, East Adelaide. Well – ‘newcomers’ is a bit of a loose term, as the duo is made up of Mike Robins formerly of Autumn Hill, and Andrew Mackay, who has played with Tebey, Autumn Hill and The Washboard Union. Although the duo took the stage and performed several new original songs, they instantly grabbed the attention of fans who were loving every minute of it! East Adelaide performed “Young Hearts & Old Cars,” along with “Our Days Are Numbered,” before launching into a cover of the popular Shawn Mendes tune “Lost In Japan” – complete with beautiful harmonies – that had the crowd singing along. They capped off their set with their debut single, “You Don’t Get To Love Me,” and it’s safe to say they had the crowd fully warmed up!

The 2017 Boots and Hearts Emerging Artist Showcase Winner, Jade Eagleson kicked things off with a Brothers Osbourne cover of “It Aint My Fault,” and his deep twangy voice instantly commanded the crowd’s attention. He then did a throwback to Shania Twain’s “Any Man of Mine” which had the crowd screaming the lyrics back at him. His upbeat vibes, and killer stage presence made for an exciting show, with the perfect mix of originals and covers alike that had the crowd singing along. He performed a beautiful rendition of his tune “Still Gonna Be You,” along with his current single, “Count The Ways.” This rising star is definitely one to watch this year, and it’s only a matter of time before he’s a household name in the country music industry.

Then, headliners The Reklaws hit the stage for an hour long set that literally blew us away. The brother-sister duo brought one of the highest energy shows we’ve seen in a long time. From the second Stuart and Jenna hit the stage, they had the crowd mesmerized and singing along. Having grown up just down the road in Cambridge, the quite literally Hometown Kids brought the heat all night long. From the powerful ballads to their upbeat anthemic tunes, The Reklaws’ stage presence was second to none. They kicked off the show with “Missing You” and “Raised By The Radio,” before transitioning into their bigger hit “Feels Like That.” The Reklaws have a way of engaging their fans, and making the room of hundreds feel like an intimate party. Partway through their set, they even invited fans up onto the stage for a limbo competition! When their band left the stage, Jenna and Stuart talked about growing up playing around their friend’s bonfires – and how they wanted to emulate that same feeling with their fans that night - playing an acoustic version of “Hometown Kids.” It’s a shocker to no one that these two can SING – but they left the crowd in awe of their talent when they performed “Shallow” from the hit film, ‘A Star Is Born.’ It literally gave us goosebumps. The set also featured a medley of throwback songs from “Stacey’s Mom” to “Mr. Brightside,” and capped off the set with the anthemic “Long Live The Night.” They then returned to the stage to end the night with the tune that was chosen to be the theme song for this year’s World Junior Hockey Championship – “Roots” in which Stuart played the keyboard on stage. All in all – we’re still buzzin’ from the high of this show.

There are only a FEW dates left, but if they’re coming to a city near you, YOU NEED to check it out…you can thank us later! 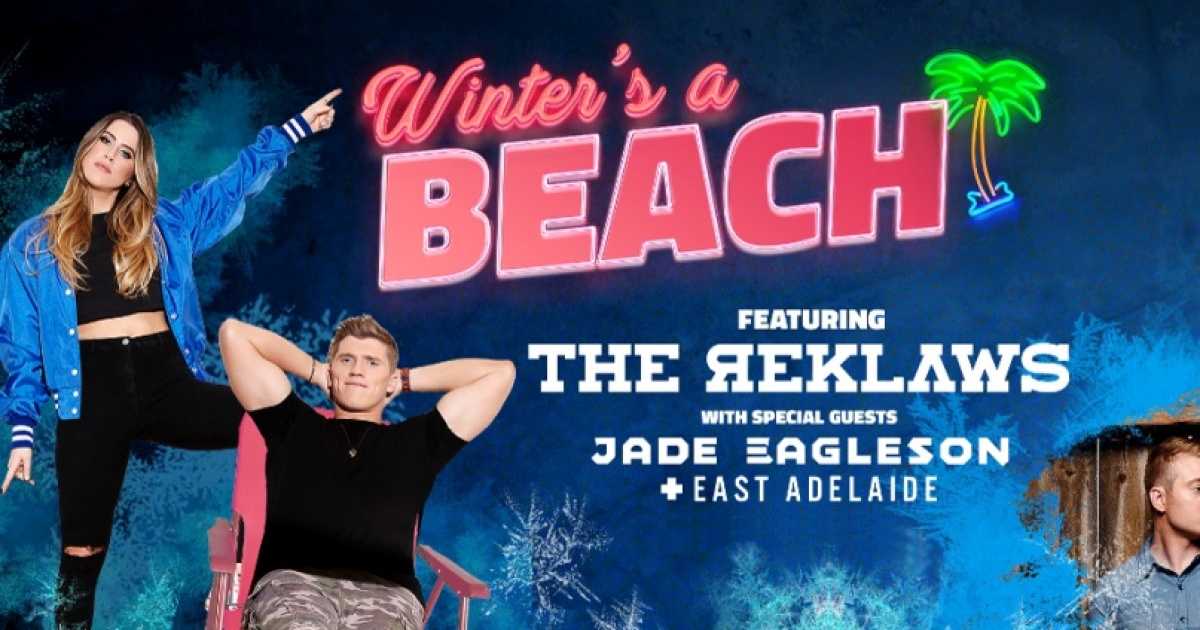