It's been six years since Maddie & Tae's debut single "Girl in a Country Song" hit the number one spot on country radio and these talented women have done it again. The heartbreaking tune "Die From A Broken Heart" has now earned them their second chart topping song.

The number one track was also recently certified platinum and was co-written by band members Maddie Marlow and Tae Dye, plus notable songwriters Deric Ruttan and Jonathan Singleton. This is the second single off their full-length sophomore album 'The Way It Feels' released earlier this year. 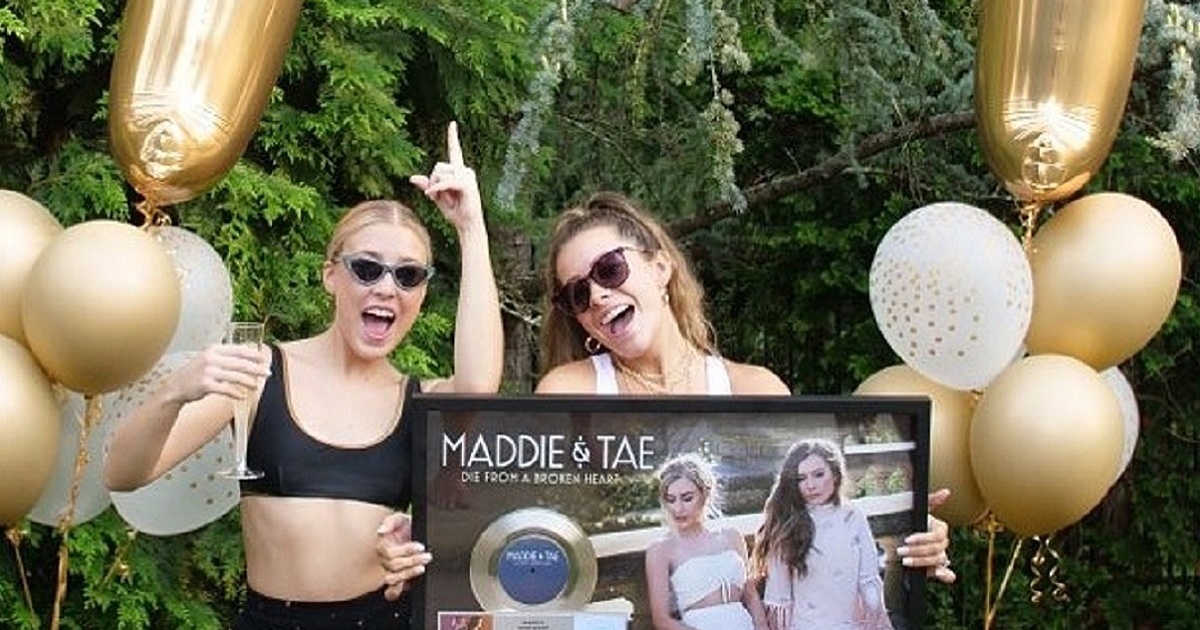