HARDY released his debut album on September 4th and we are HERE FOR IT!! The album, titled ‘A ROCK,’ is full of songs that bring out every emotion- it’s a party, it’s sad, it’s happy, it’s love, but mostly, it’s real, and it’s all around incredible. HARDY knows how to write a great song and tell a good story, and this album is proof.

Michael Hardy, who goes by his last name “Hardy” professionally, has written successful hits for many artists such as Florida Georgia Line, Morgan Wallen, Blake Shelton, and Dallas Smith. With this album, we get twelve tracks all sung and co-written by HARDY himself. Special guests on the album include Lauren Alaina and Devin Dawson on HARDY’s current single “ONE BEER,” plus a duet with up-and-comer Ashland Craft on the tune “SO CLOSE.”

We all remember HARDY from his hit single “Rednecker” in 2018, where the title alone is self-explanatory. This record still incorporates HARDY’s redneck roots, in tracks such as “TRUCK” and “UNAPOLOGETICALLY COUNTRY AS HELL,” with lyrics like “And my truck’s where my money goes, got buck blood on my Sunday clothes.” But the album goes on to pull elements from different genres - specifically rock and metal. In the song “BOOTS,” we get a change in the music toward a slightly harder sound. The heavy guitar riffs and cheeky drum fills are different from the other tracks on the album, and we love the vibe.  “SO CLOSE” follows suit as a more rock style tune.

The second track on the album “GIVE HEAVEN SOME HELL” is definitely a country song, and tugs at the heartstrings with a story about a friend who passed away. The lyrics are genius - they make us think about that one friend who loves to cause a little chaos but is loved deeply by all. Seriously, try not to cry. “BOYFRIEND” is also a tear jerker, but here we get a romantic love story about taking the next steps in a relationship.

Like we mentioned, the album is full of songs that make us feel every kind of emotion. It will make you long for concert and festival season to return so we can witness the magic of HARDY live. We seriously can’t wait to hear more from this guy. In the meantime, we’ll be right here, enjoying 'A ROCK'. 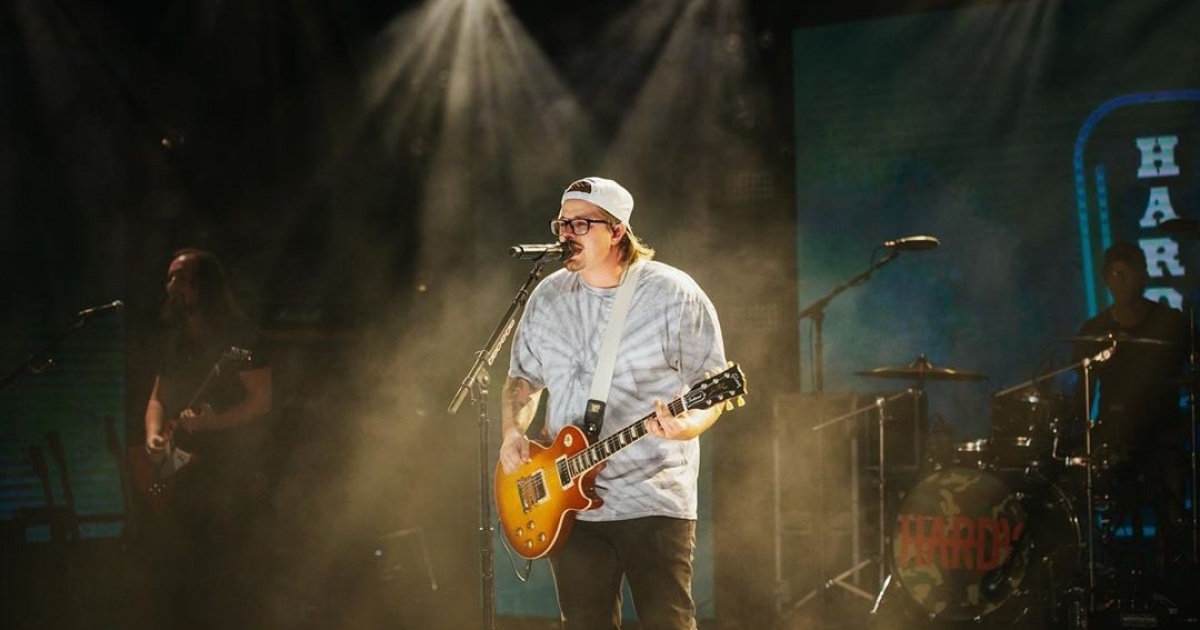