It's been 25 YEARS (feel old yet?) since Shania Twain's Grammy-winning album 'The Woman In Me' hit the shelves, and she is gifting us with a Diamond Edition of the album to celebrate!

Released today, October 2nd, the new edition of the album is completely re-mastered with new live recordings, mixes, and previously unreleased tracks. The woman in us is VERY excited!

'The Woman In Me' album broke records when it was originally released in 1995. Out of 12 tracks, 8 songs from the album appeared on Billboard's country singles chart, with 4 of those songs hitting #1. The album was the top-selling country album in 1995, and in 1996 it won a Grammy for Best Country Album. "Any Man Of Mine" also gave Shania her first pop crossover hit.

"This is the album that changed my career and has brought me to places that I would never have imagined even in my wildest dreams at the time. I had high hopes, but this, I mean, where I am today, 25 years later, at the time was unimaginable. So this is a real celebration year for me, celebrating coming out as a very independent, open minded, very, just bold in what I had to say." - Shania Twain

The new Diamond Edition of the album comes with a 48-page book, including notes from Shania and a collection of new photos. The album is available in multiple formats, so be sure to get your hands on one of them ASAP! Happy listening! 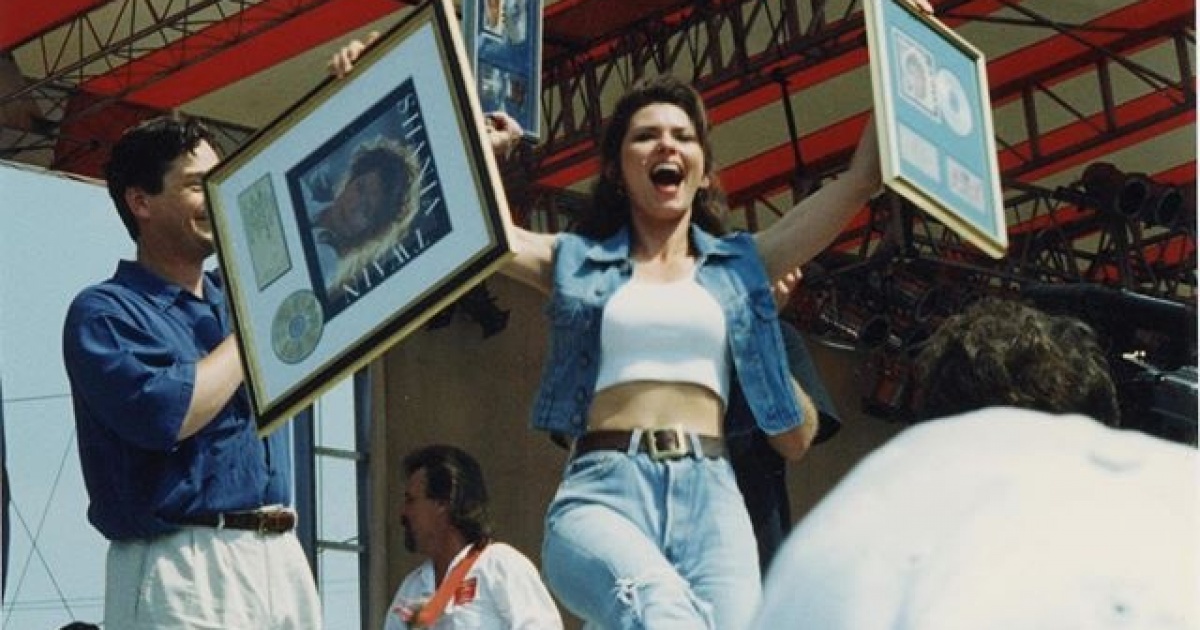