That's a wrap on another successful awards show! On Sunday, May 23rd artists headed to Microsoft Theater in Los Angeles, CA for the Billboard Music Awards! This year's show was hosted by Nick Jonas and featured some incredible performances, killer outfits and a few special (little) guests. The night celebrated music across all genres, and was a huge night for many new artists, including first time BBMA nominee, Gabby Barrett!

That being said, you know where our true attention lies - and that's in the country music! The BBMAs stage was graced with Gabby's presence as she accepted not one, not two, but THREE awards! She also performed for the Security Benefit VIPS, which was without a doubt spectacular. Fellow country lady, Kelsea Ballerini, also made an appearance on stage as one of the presenters at the show, and if you hadn't noticed, these two were lookin' GOOD!

The celebration of music is what brings us together from all genres of music. It's a time to celebrate this form of art and some of the artists and songs that were there for some big moments in our lives. A huge congratulations to all the award winners, nominees, and new artists paving their way - here's to YOU for all your esteemed accomplishments. To our country artists, who hold a special place in our hearts, thank you for your voices and for sharing all that country music goodness with us!

Check out the full list of country music nominees and winners below:

Jason Aldean, “Got What I Got”

Lee Brice, “One of Them Girls”

Morgan Wallen, “More Than My Hometown” 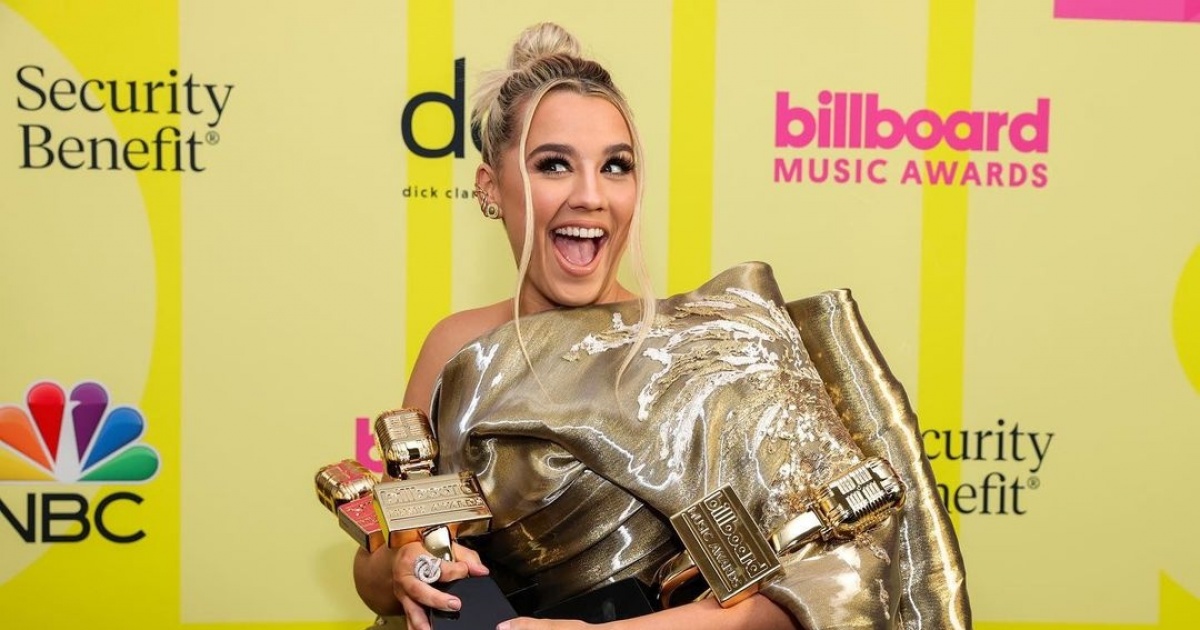